This was my first show. Technically, calling it “my first show” is a bit of a misnomer, as I’m not including the shows my parents took me to (of which I remember seeing Kenny Rogers, and also Lionel Richie w/ Tina Turner opening),  but the first show that I got to go to on “my own” was The Fixx on their 1984 “Phantoms” tour  stop in Cleveland, a distant 45-minute car ride from our Akron suburb. “My own” actually meant that my best friend Melanie and I had conspired to successfully persuade our parents to drive us up to the show – her parents drove us up and mine drove us back, if I remember correctly. I don’t remember if we had to bring him or if he was invited, but Mel’s little brother was also coming with us to the show. But still, we get to go to the show all by ourselves!  We were both fifteen, and this was the coolest thing in the world – we are going to a show!

BY OURSELVES (and little brother, but whatever)!

My ticket. I still have mine. Ahem.

I remember we got to the show, say goodbye to the parents and the three of us unload ourselves from the minivan and wade cautiously into the throng of people huddling in front of the doors of the grand Music Hall.

I’ve got my ticket in hand, Mel has hers, and her brother..her brother. Wait, where’s your ticket?

What do you mean, you lost your ticket?

Somewhere from the handing out of tickets in the backseat and walking ten steps into the throng, little brother lost his ticket. Oh crap. Now what? No cell phones in 1984. I can already hear my mom: “I said you aren’t old enough to go” after she hears about this – not sure what his losing his ticket had to do with my age, but still, she’ll say something, I’m sure of it. This is bad. What are we going to do? Mel and I are not happy. Mel is furious, in fact. Still, we can’t leave him out front in the cold and go to the show by ourselves. But if we pool our money, we can buy him another ticket. But if we buy another ticket, he’ll be sitting somewhere totally different than us, which defies the “You three stay together” rule laid down by the parents. Speaking of, what are they going to say when they find out he lost his ticket? We dread facing them. Hi kids, how was the show? You look cold. Were you standing outside long?

What do you mean, you lost your ticket?

Oh yes, this will end our concert-going days, fer sure, like totally!

I can’t remember if we cooked up this solution ourselves or if some veteran show goer or a worker person helped us out, but  we figured out we could go ahead and buy him another ticket, then he could sit with us in his originally assigned seat and all would be well. We were still totally upset at his uncoolness and the fact that the replacement ticket cost one of us a Fixx t-shirt. But at least we had a plan, and no one needed to freeze outside or miss the show. And thank god, the show wasn’t sold out. We headed over to the ticket window and bought little brother a replacement ticket.

We then make our way to our seats, little brother and his balcony ticket in tow, then settle in and check out the surroundings. Cute guy alert! Two boys – sitting right near us. They are talking to us! We lie and tell them we are 16. I remember they asked us if we liked The Smiths. Of course, yes, we love The Smiths! (And made a mental note to find out about this Smiths band, because these older boys who were talking to us were super cute and cool and were at a Fixx show, and The Smiths were from the UK, so what else did we need to know?) It was all a bit thrilling, this going to a show business, and the show hadn’t even started yet. And then the show started.

I don’t remember if we ever told our parents about little brother’s missing ticket.

Here’s a video from a different night on the same 1984 tour. 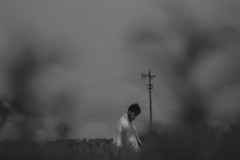 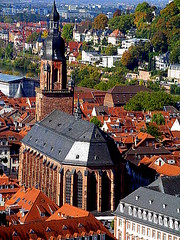 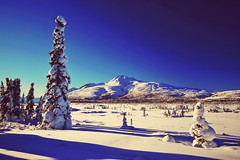